A group of regional tobacco control organisations have called out global tobacco manufacturer Philip Morris International for trying to manipulate a group of African journalists through a workshop on its latest "harm reduction" products. The workshop was for journalists from Anglophone and Francophone African countries which took place in Johannesburg in mid August and was sponsored by Philip Morris International. The workshop was themed “Harm Reduction: Gateway to A Smoke F

For as long as smoking has been known to cause cancer and other diseases, Big Tobacco has worked to avoid the truth about its deadly and highly addictive products. Nicotine is the addictive drug in tobacco. Burning the tobacco generates an aerosol of ultrafine particles that carries nicotine deep into smokers' lungs, where it is absorbed and rapidly reaches the brain. That burning yields toxic chemicals that cause disease. Ever since people started understanding in the 1950s

Tobacco control advocates across the continent and world have hailed the death of Dr Shiela Ndyanabangi as a big loss for Africa as well as international tobacco control community. Ndyanabangi, 52, worked in the Ugandan Department of Health and was also the country's Tobacco Control Focal person. News of her passing circulated over the weekend, citing her long battle with cancer. In Uganda, Ndyanabangi had played a key role advocating for the Tobacco Control Act of 2015 to 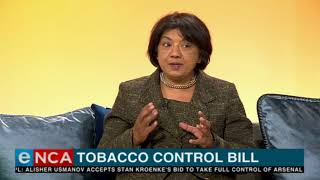 Getting South Africa to support the Draft Tobacco Control Bill

In the weeks before comments for the bill closed, the tobacco industry went on a massive offensive trying to get South Africans not to support the Draft Tobacco Control Bill. Watch NCAS Executive Director Savera Kalideen explain the need for the bill on eNCA's Morning News Today while Francois Venter, head of the Tobacco Industry of South Africa fights against it. 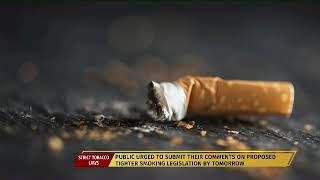 Get the basics right: understanding the Draft Tobacco Control Bill

Do you need to understand the importance of the Draft Tobacco Control Bill that is about to go before parliament. Watch National Council Against Smoking Executive Director Savera Kalideen on Afro World View's Breakfast Show explaining the basics.

Using e-cigarettes daily doubles the risk of a heart attack

Study shows e-cig exposure affects the cardiovascular system People who use e-cigarettes every day can nearly double their odds of getting a heart attack, according to new research. And those that use both e-cigarettes and conventional cigarettes — the most common use pattern among e-cigarette users — appears to be doing their body even more harm than those use either of these products alone. The paper -- published in the American Journal of Preventive Medicine by researcher

The challenge in South Africa is that the tobacco industry has tried to malign evidence-based and necessary policy changes by spreading misinformation and leaving out pertinent facts about its own role in the illicit trade. Writes NCAS Executive Director Savera Kalideen Comments for the draft Tobacco Control Bill have closed after three months and the Department of Health is moving into the next phase of deliberating on the submissions it received. This is a lengthy process t

Greedy tobacco industry is at it again

It’s lying to the poor by hiding the harmful effects of its products and making them believe that they in fact sustain jobs. All this in a bid to push aside the proposed legislation and advance its own interests, writes Aaron Motsoaledi. THE EXPLOITATION of poverty and unemployment for reaction- ary reasons, which is a strategy that is being employed by some in the tobacco industry, is not new. At the height of apartheid repression, when progressive forces called for eco- no

From the 1st of January, 2019, Stellenbosch University's Faculty of Medicine and Health Sciences (FMHS) Tygerberg Campus will be declared a smoke- and tobacco-free campus. This means that no smoking or the use of any tobacco product (including e-cigarettes or hookah pipes) will be allowed anywhere on campus. The faculty will instead provide nicotine-replacement therapy and other proven interventions to help smokers quit or manage their cravings during their time on campus. It
1
2