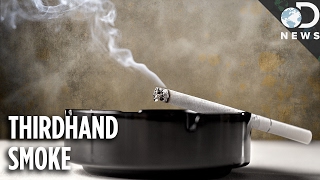 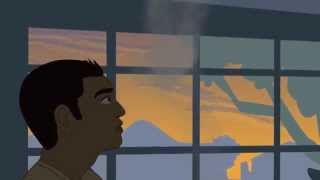 When people smoke, it creates smoke that you can see (second-hand smoke) and a kind of air pollution

MANLIA, Philippines - The Philippines on Friday reported its first case of a vaping-linked illness, as health authorities expressed concern at court orders preventing them from regulating electronic cigarettes. A rash of vaping-linked deaths and illnesses in some countries has raised concern over the rising popularity of e-cigarettes, touted as less harmful than tobacco. India and some US states have banned e-cigarettes. A 16-year-old girl in the central Philippines who had b

The Health Benefits of Quitting Smoking

We hear a lot about the health risks of smoking – but what happens when you quit? Good news! The effects of smoking are actually reversed with every cigarette you don’t have. Over time, your risk of life-threatening health problems, including cancer, reduces dramatically. As soon as you stop smoking your body begins to repair itself. The health benefits of quitting smoking: Within 6 hours Your heart rate slows and your blood pressure becomes more stable. Within a day Almost

You may think that you can use tobacco without becoming addicted. But the truth is, most teens who use tobacco will get hooked. Three out of four teens who smoke cigarettes in high school will still be smoking as adults. What Is Nicotine? Nicotine is the chemical found in tobacco products that is responsible for addiction. When you use tobacco, nicotine is quickly absorbed into your body and goes directly to your brain. Nicotine activates areas of the brain that make you feel

London - Official promotion of e-cigarettes as a safer alternative to smoking is creating a vaping epidemic which could see a generation addicted to nicotine, experts warn. A team of international cardiologists have published evidence the devices can damage the brain, heart, blood vessels and lungs – and calls for a ban. It is just the latest warning about the safety of e-cigs – and mounts pressure on the medical establishment, which continues to promote them as useful tools

Hookah is the most popular flavored tobacco product among youth

Apple Inc. said it is removing 181 vaping-related apps from its App Store amid growing health concerns about e-cigarettes. The company said it never allowed apps that sell cartridges on the store, but other vape-related software, such as apps that control vaping pens or provided industry news or vape-focused games, were allowed. Apple initially stopped approving such apps in June, and now it is pulling them from the App Store entirely. If a user has already downloaded one of

New Delhi — The Indian government has told a court that its federal ban on the sale of electronic cigarettes implies that their use is also prohibited, in a further clampdown on the devices. Citing health risks, India in September banned the import, manufacture, sale, advertisement, storage and distribution of e-cigarettes, dashing future plans of companies such as US-based Juul Labs and Philip Morris International. India’s decision, however, did not ban the use of such devic

An 18-year-old given an electronic cigarette for his birthday is thought to be the first person in Belgium to die from vaping. Raphaël Pauwaert, from Brussels, died less than a month after getting pneumonia, which doctors attributed to vaping. "He played rugby, so he was a strong boy,” said his father Thierry, 45, “In one week, however, I saw him decay into a wreck. And after 26 days in a coma, we had to bury him." Doctors said the death was most likely caused by his e-cigare
1
23